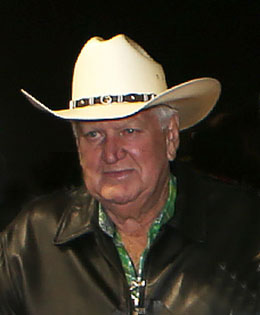 Charles was born on September 1, 1937, a son of the late Vernon and Ruby Leggett and sister of Mary Keisel, also deceased. He married his forever love, Susan W. Leggett in 1976 in Oklahoma City.

He worked as an apprentice plumber after graduating from Okmulgee High School in 1957 and worked for Hogle Plumbing in Muskogee for several years before going into the plumbing business for himself.

In 1969 he switched to the RV and mobile home supply business eventually growing into wholesale distribution in the industry. Charlies interests included racing horses, fishing, golfing, and attending auctions.

Charles was an avid owner and breeder, and a longtime member of AQHA and the Oklahoma Quarter Horse Racing Association.

He trained starters at Blue Ribbon Downs and Fair Meadows at Tulsa. As an owner, his American Quarter Horses made more than 170 starts and earned more than $123,000. He bred seven winners, led by stakes winner Gum Ball Machine ($35,812).

Charles also loved breeding, owning and racing Paints for many years. His Paint lifetime breeder earnings were $640,011 with 37 wins from such horses Miss Movin On, Crazy Mother Trucker and CL Victorias Secret.