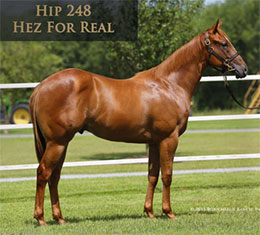 "We really appreciate our consignors and buyers and we congratulate them on another successful yearling sale," LQHBA Executive Director Tony Patterson said Saturday evening.

Consigned by Robicheaux Ranch, Inc., Agent for Danny Trahan Quarter Horses, Hez For Real was purchased during Friday's opening session for $135,000 by Watson Land & Cattle Co. The Heza Fast Dash colt is a full brother to stakes winner Unrealistic and a half-brother to four other stakes winners. 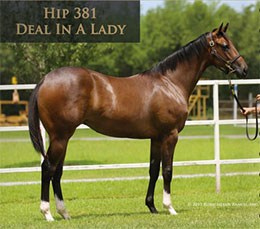 TM Ranch paid $85,000 for Dashin For Dreams, a Heza Fast Dash filly in the first session. Consigned by Robicheaux Ranch, Inc., Agent, Dashin For Dreams is out of the multiple stakes-producing Dash For Cash mare Vision of Dash.

Rogelio Marquez purchased a full brother to multiple RG1 winner Open Me A Corona for $68,000 from Montgomery Equine Center on Friday. The Coronas Leaving You colt is out of In The Open, by Mr Eye Opener.

Grant Farms was the second leading consignor with 14 yearlings grossing $306,900 and Jumonville Farms was third with 17 yearlings for $229,400.